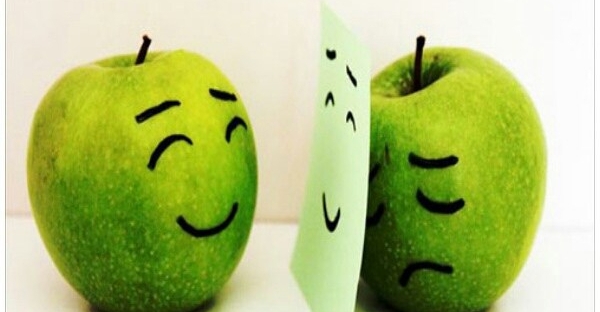 This past Sunday my pastor spoke about the things/people/situations that causes us to not be able to “walk on water” (i.e. do what we’ve been called to do). He discussed 3 things that really spoke out to me when it came to being able to do this: the opinions of others, distractions, and unforgiveness. And as he was talking I could feel myself boiling over with some much anger. I couldn’t pinpoint why until I started doing my video diary on the way home (I meeeean, I can’t tell yall EVERYTHING!). It was like a revelation. I knew these things were happening but I didn’t know how much they were affecting me to the point of hindrance.

Of course this has always been a big thing for me because I do care how people view me. I don’t know why this is a thing for me besides the fact that I just want to be liked. For whatever ridiculous reason, I always do things to appease others. Take T.O.P for example. Til this day, I have not trashed talked him to the point my friends think he deserves to be trash talked about. But that’s because I don’t want to be that bitter baby mama. I don’t want that image of me. Even with him. Things never escalated to the point where I’ve been outright awful to him (buuuuuut…it’s still early). Because I don’t want him to see me that way.

But how is this something I can change? It’s real easy to say “just don’t care” when caring isn’t your obsession.

I think I’ve just come to the conclusion that I’m always going to be concerned about the opinions of others, but I can’t let it consume me.

Like I will drive myself crazy for an entire drive or shower session with all the “shoulda/coulda/woulda” arguments; all the “next-time-I’ll-show-em” discussions. Slowly I think I’m getting to the point where even with still caring, I’m going to do what I want without obsessing over how my actions makes everyone else feel.

See…now…this is why yall didn’t get a post last week: DISTRACTIONS! Between the demands of school, after school responsibilities, extracurricular activities, religious events, mommy responsibilities, chores…I feel like nothing ever gets completed. I came soooo close to doing the impossible: having all the laundry washed, folded, and put away in one day. That’s UNHEARD of [in my place]. But then it was 11p and I started to get really sleepy and that last bit of folded laundry went to an empty basket. Now my place is trash again.

But this is everyday; a goal is set of things I want/need to do and then social media happens, phone calls happen, Kylie happens, another mandatory PD/workshop invades my life, the disgust of my apartment happens, SLEEP…oh and sweet sweet  slumber falls upon me! Like I really can’t win! I mean I can but the things that require less of me are so much more appealing (there’s a word in there for somebody!).

I would rather give so much less energy to doing mindless things than to cook a meal, spend time with my kid, do a lesson plan, read, even share my story..I’m pretty sure some form of depression is to blame as well.

But how is this something I can change? Honestly, I have no freaking clue. I’ve always succumbed to the distractions. Anything else that I’m not obligated to do or on a deadline for, is what I rather be doing anyway. But I guess I’ve also taken the advice I heard on a podcast (TheRead). In their mental health segment, they discussed setting tasks and then feeling like a failure when everything wasn’t completed. The advice they gave was even if you did one thing on your long list of tasks you wanted to complete today, celebrate the one. Celebrate it because you could have said “no” to everything, you could have procrastinated, but instead gathered enough of you to complete something. That’s what I’m learning to embrace: celebration of the one. Washing dishes. Making a meal. Reading a bedtime story. Doing laundry. Finishing my lesson plans. Writing. Reading. Attending an event/activity. I’m claiming a victory on the one!

If there was anything from the sermon that upset me more, it was this topic right here! I’d like to believe I’m a pretty forgiving person (I mean I could have put T.O.P on child support out of just pettiness but…adulting.). But when my pastor said “see if they come across your timeline, and do a heart check”, my innards screamed “you don’t know us, pastor!” (yes, us!…..all 347 of my emotions).

I just thought about all the jealousy I felt for people I had no business feeling envious of. People traveling, in happy relationships, buying homes, entrepreneurs, “good” moms, strong believers, graduating with their 125th degree, beautifully fluffy fros…..liiiiiiiiiike I’m just out here being mad at them for just living their life and posting the positives of it.

And that’s where I had to check myself. I’m comparing my very real struggles to….what? Something that wasn’t for me? A post? 1min of joy in a person’s life?

T.O.P and I were never a serious thing, but of course I thought even with what the situationship was, we were at the very least friends. So when I became pregnant, I was very much hurt and felt abandoned by my friend. For a good 2 years I steadily was looking for an apology for how I was treated (granted I was not angel in this process) but I felt like at the very least, this was what I deserved. And when I didn’t get that, I think I suppressed those feelings and thought I’ll just forgive him for me.

It wasn’t until he became engaged that I realized I was really fooling myself. I was pissed. How could you walk around here and go about your life like that when you’ve hurt me? Like I’m nothing.

I didn’t think so.

And I’ve also realized, I didn’t forgive myself. It was like I was still walking around with the shame of having a kid with someone who was already involved with someone else. I couldn’t forgive myself for getting into a situation I used to shame others and laugh at others about (look how God humbled me reeeeeal quick!). Now it’s coming up again. This unforgiveness.

But how is this something I can change? I’m still figuring this out. Part of this is that I know I’ll never get the sincere apology that I think T.O.P should give because from past conversations it’s very evident he has no clue or understanding of how I could have been hurt in any of this. The other part in forgiving myself, I don’t exactly know what that would look like. I’ve always been hard on myself because ….former athlete tendencies (ha!). However, looking to Ky,  there’s comfort in seeing the person she is becoming; knowing she’s smart, she’s kind, she’s outgoing, loving despite how trash her parents are…almost like my ‘win’ in all of this is her being a [mostly] good kid…that I’m raising.

So this past sermon, had me ALL in my little feelings, yes. And gave me a lot to ponder over about what I need to work on.

But it also made me write today. So win!