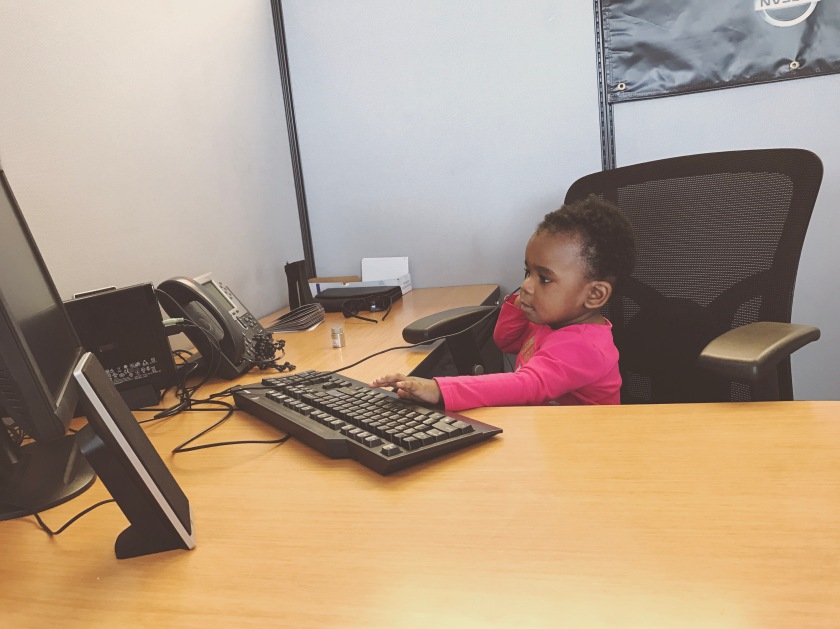 As you know I’m a teacher – Pre-K in particular – and I deal with a few things when it comes to Pre-K.

Well my first year teaching, there was a student, male, whose mannerisms came off a bit “feminine”. Granted he came from a single parent home and he was surrounded by female figures. So, to me, his actions were justified. Well everyone doesn’t think like me, but let’s just keep it on me so no one loses their jobs (well it won’t be because of me, if they do…but I digress). Anyway, this boy’s mother was concerned and wanted the teacher to discourage the mannerisms.

I get it. He’s a little African American boy. He already has a target on him.

Well the different titles I hold – especially now – brought a-whole-nother light and meaning to this “issue”.

Before Ky, I had my opinions about how others chose to live their lives. Mainly because I was inexperienced on life and lived in a slightly deflated bubble. Like I just thought there was one way you go about things and if you diverted from that plan, then you’re in the wrong and there will be consequences. But now I’ve lived – picture me saying that very dramatically, swirling a glass of wine – I get it…

As a teacher, I believe it is NOT my job to stifle my students in being something they are not. Not to say this little boy is anything in particular, but I don’t believe I should stop him if he wants to wear fairy wings in our dramatic play area. My classroom is their safe place, to be who they are. So for me, I would go against the parent’s request and would let them know that I am too! That is not the purpose of my job and I wouldn’t want that for my student anyway. If they can’t be their authentic self at home or in public, I would hope they would feel free to do so at school…in my classroom. Even if they are only 4 years old!

As a mom, if Ky was experiencing the same thing…then so be it. I’d still love her, stand by her, advocate for her. Whatever she wants to do, I’m with her. When I decided “dammit, I’m having a baby“, I accepted everything about her. If she wants to take up swimming…fine…football…cool…date girls…ok, do you need a wing(wo)man…that’s me! I don’t ever want Ky to feel as though she can’t be her self with the person who brought her into this world.

As a daughter, my mom pretty much let me choose my own path; not in a “I don’t care what you do” kind of way. But letting me discover who I wanted to be, what kind of person – and mother – I wanted to be. And she still was able to stand by me and tell me about myself without coming off as judgmental or hateful.

As a Christian, I battle with this just a little…ONLY because I haven’t decided if I’m a Christian first and mother second or a mother who happens to be a Christian. The difference? Nothing. I just want to know how to start that argument before saying that love is love and I love all. Many Christians will disagree with me on that, but guess what? They are not Ashley Danfjdhrhsv Fjsvrhdbfh! So there! I believe my job as a Christian is to love unconditionally, give abundantly, and do so without judgment.

Like it’s really that easy for me. I can understand why it’s not for others, cool. I can understand that parents just want the best lives for their kids; that teachers just want to help and adhere to the family’s wishes; that Christians want the world to be “right” with God…I get all of that. But is it really that difficult to have those beliefs and empathize with the other side?

I am in NO way perfect; actually I think I’m pretty incredibly and horribly flawed and that’s why I should have no say in what others do. But kids, they need someone for them; someone that isn’t going to stifle the person they are becoming.

I hope that’s the kind of teacher I am; that kind of friend; and especially, the kind of mother I hope I’m becoming.